Why are nurses committing suicide? 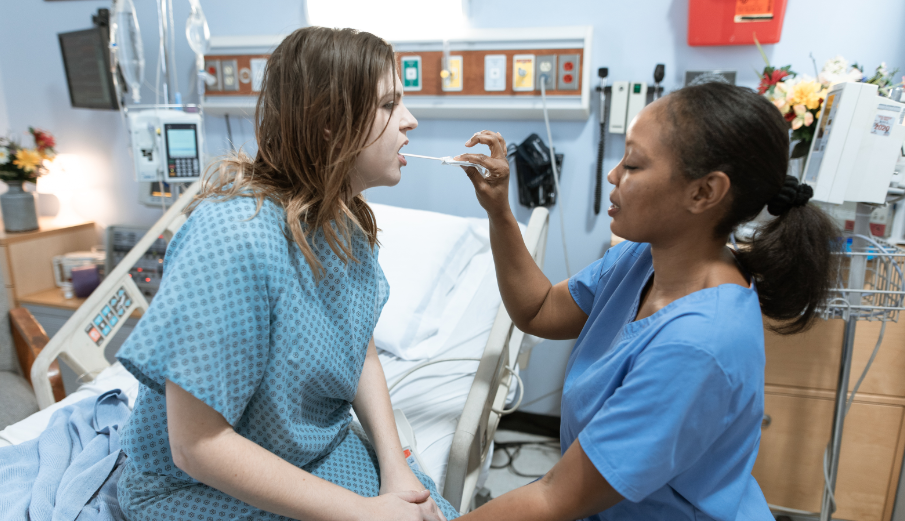 How Clinicians Can Optimize Nutrition and Hydration In The Workplace

Have You Made a Plan Already, or Are You Rethinking Your Goals for the New Year?

DirectShifts Partners with ClassPass for a Healthy Start of 2023

Long working hours, double duties, lack of sleep, burn-outs, and losing colleagues and family. Though the Covid-19 pandemic has affected all sections of society, it has been particularly hard on nurses. According to a study, nurses who worked in regions with high infection rates reported more severe psychological symptoms than their peers. Another study found that four in ten healthcare workers suffered from insomnia through the pandemic, and one in five reported symptoms of depression and anxiety.

However, suicides among nurses isn’t a new phenomenon. Researchers from the University of California-San Diego looked into nurse suicides across the US over the past two decades and concluded that male and female nurses have higher rates of suicide than the general US population. Here’s a gist of the factors that have led to the rising rates of suicide among the nurse population:

As per the Bureau of Labor Statistics, nursing is the sixth-fastest growing career in the country. Yet,several hospitals face serious nursing shortages that became glaring during the pandemic. The difficult demands of the job have kept workers away from choosing nursing as a career, despite nursing being a well-paying profession in the US. As a result, many nurses work overtime and in 12-hour shifts to make up for the lack of support.

While the incidence of suicide in American women in general is 7.58 per 100,000 people, suicide incidence among female nurses stands at 11.97 per 100,000 women. Similarly, male nurses are more likely to commit suicide than American men in general. Since nurses are used to caring for others and have very little time for themselves, they often neglect their own physical and mental well-being.

According to the American Nurse Association (ANA), one in four nurses is physically assaulted on duty. Nurses often face abuses in the form of curse words, kicking and grabbing from patients, particularly people suffering from Alzheimer’s and dementia, and family members or visitors. Emergency nurses are at the highest risk of experiencing abusive behavior. Since there are no federal rules that require hospitals to protect nurses from violence, many nurses don’t report their experiences. In February 2019, the ANA helped introduce a bill that mandates the Department of Labor to address workplace violence toward healthcare and social workers. The bill makes it compulsory for healthcare employers to train and educate workers about the risks of being abused, and implement a plan to protect them from violence.More recently, the states of Texas and Missouri have passed bills to set up workplace violence prevention plans and protect nurses from violence.

During the fight against Covid-19 last year, nurses and doctors had to protest for PPE kits, gloves and masks. As the pandemic forced several clinicians to take leave and people, in general, to avoid hospitals, nurses have been dealing with job insecurities as well. Even though many nurses are ready to cross-train and support other units, they have been laid off by hospitals. This has led to many nurses feeling under-appreciated as they place their lives on the line for patients and still,are not given PPE kits, staff or support to deal with high workloads or changes in units.

A vibrant healthcare community is necessary to lift the rest of the population from its low points and help it survive and thrive. With the pandemic overwhelming healthcare systems across the world and taking a toll on the physical and mental health of clinicians, it is time to take measures that safeguard and ensure the well-being of healthcare workers.